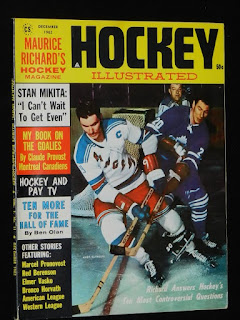 Andy Bathgate is one of the NHL's greatest players ever to grace a sheet of NHL ice, yet it is amazing that he even played hockey after suffering a horrific injury in juniors.In 1951, while playing with the Guelph Juniors, he received a check that severely damaged his left knee. A steel plate was fixed beneath the kneecap yet it plagued him throughout his career. Despite this, he missed only five games in more than eleven seasons with the New York Rangers.Even though this undoubtedly limited Bathgate's play, his immense talent prevailed. Bathgate was named twice to the NHL's first and twice to the second All-Star teams. He undoubtedly would have made it more times except that his principal rivals were Gordie Howe, Boom Geoffrion and Maurice Richard.