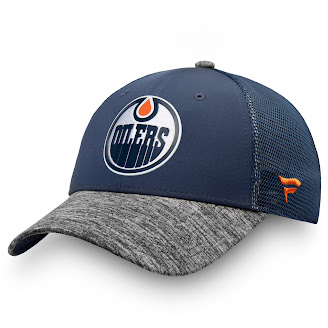 Connor McDavid joined an elite list of Edmonton Oilers to score a hat trick in the Stanley Cup playoffs.
Here's a complete look at every Oilers player to score a hat trick in the playoffs.
Wayne Gretzky - Can you guess how many times he had a playoff hat trick with the Oilers? I can tell you that the answer is seven. Twice he actually had four goals in a playoff game.
Jari Kurri - Gretzky's wing man also had seven, including four in the 1985 championship post season. He also had two four goal games.
Mark Messier - Messier had three playoff hat tricks, all in the spring of 1983, including a 4 goal game.
Esa Tikkanen - Known more for his pesky defensive game, Tik had three playoff hat tricks.
Glenn Anderson - "Mork" was known as a clutch scorer in the playoffs. He had two playoff hatties, one of which was a 4 goal game.
Petr Klima, Joe Murphy, Doug Weight and Bill Geurin all had one Stanley Cup hat trick.
Leon Draisatl had the last Oilers playoff hat trick, in 2017. I suspect both he and McDavid will be scoring some more hat tricks in the years ahead.
Three times Edmonton has seen two players score hat tricks in the same playoff game - Gretzky and Messier in 1983 in 10-2 win over Calgary, Messier and Anderson in 1983 in 8-2 win over Chicago & Gretzky and Kurri in 1985 in 8-3 win vs Winnipeg
at August 04, 2020