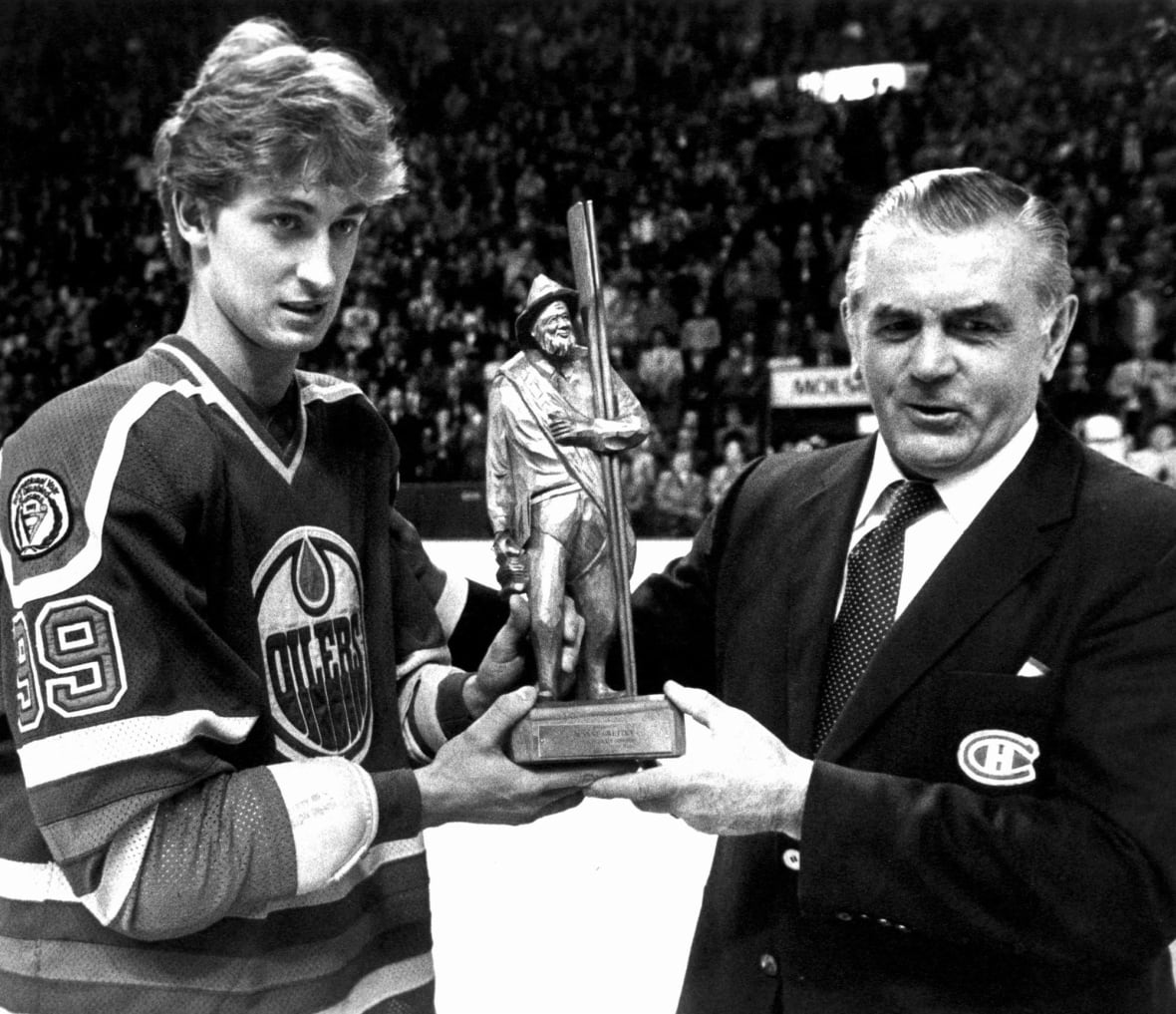 A lot of people have asked me about this photo. It was taken by the Montreal Gazette’s John Mahoney just before the game on March 2nd, 1982. It shows Gretzky with Richard presenting a unique wooden statue to mark Gretzky’shattering of Phil Esposito’s record of 76 goals in a single season.
That same season Gretzky broke Richard's record (shared with Mike Bossy) of 50 goals in 50 games. Gretzky scored 50 goals in 39 games.
You can see the award presentation below courtesy of YouTube. Supposedly Gretzky was unaware of the gift coming to him:
I do not know whatever became of the wooden statue, though I do know it is not in his house. Read below for more on that. If you do know whatever happened to the statue, please let me know.
Gretzky has often talked of his admiration of Gordie Howe, but is not known to talk about Richard as much. NHL.com's Mike Zeisberger did a feature on Gretzky talking about his admiration of the Rocket and a different trophy Richard gave Gretzky many years later.
Gretzky's final season also saw the debut of the Rocket Richard Trophy awarded to the NHL's regular season goal scoring leader. Had the trophy existed earlier, Gretzky would have won it five times. Richard wanted to honour Gretzky retroactively, and surprised him with a replica of the new trophy for Gretzky to keep.
Gretzky, who won more trophies and awards than anybody by a country mile, claims it is the only trophy he keeps in his house.