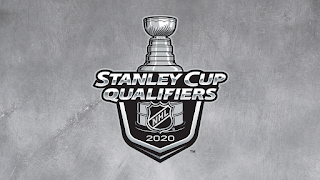 So normally on the eve of the Stanley Cup playoffs I make series by series playoff predictions just like everyone else.
But with a 4 month layoff this year's playoffs are such a wild card that I can not really hazard a guess as to what will happen. Even the unlikeliest scenarios might not be considered an upset.
This much I know. The top teams are still the top teams. Some think they are at a significant disadvantage as they get a bye the first week while all the other teams play the play-in round. While I do think one of the play-in teams will get on a roll early and ride that to a long playoff run, let's not get unrealistic with high hopes here. Tampa, Boston and St. Louis are the teams to beat.
If forced to predict the play-in round right now, I will go with this:
New York Rangers over Carolina Hurricanes
New York Islanders over Florida Panthers
Pittsburgh Penguins over Montreal Canadiens
Columbus Blue Jackets over Toronto Maple Leafs
Edmonton Oilers over Chicago Blackhawks
Winnipeg Jets over Calgary Flames
Nashville Predators over Arizona Coyotes
Minnesota Wild over Vancouver Canucks.
I will comment on my Vancouver Canucks here. They seem to be a fashionable pick to defeat the Minnesota Wild. I am not so sure about that.
I mean, they are capable, yes. They have the best goaltender, the most dynamic forward and the best defenseman in the series. Usually when it comes to picking series' winners that are too close to call I pick the team with the best defenseman. He may be just a rookie with no Stanley Cup experience, but Quinn Hughes is a difference maker for sure.
It is a funny series in that it is too close to call despite the fact these two teams are so very different. Vancouver is all about run and gun excitement, with a top six to match most teams, but rely heavily on goalie Jacob Markstrom to bail them out as they are very leaky defensively.
Minnesota is solid throughout, with questionable goaltending made up for by the fact they are very good defensively. They are a heavy team, at least in comparison to Vancouver, and will use their large experience edge to wear down the young Canucks. They are a team of players who have been to the playoff wars before and will be the team that gets down and dirty first. In a best of five series, a team needs to get that edge quickly.
While I said Vancouver has the best defenseman in the series, Minnesota has the better blue line by far. They have four excellent rearguards in Matt Dumba, Ryan Suter, Jared Spurgeon and Jonas Brodin.  Hughes may be more dynamic than any of them, but Minnesota has a great defense. They, along with Joel Eriksson Ek, who I think will emerge into the spotlight as a top defensive center that he is, will be looking to neutralize Elias Pettersson.
They also have a top power play, led by Kevin Fiala who was red hot before the break. And watch for guys like Eric Staal, Mats Zuccarello and Mikko Koivu look to salvage off years with a fresh start. They're offense isn't as good as Vancouver's, but if Fiala can pick up where he left off, look out.
I don't know what it is, but Minnesota always seems to play well against Vancouver. I hate to do it, but I'm calling for the Wild to advance in four games.
Oddly enough, by losing and barely missing the playoffs, the Canucks immediately have better odds of winning the NHL Draft Lottery and the first overall pick than in any of the recent years where they were truly bottom feeders. The NHL needs to fix this draft lottery silliness, but that's a different article.
Perhaps I will give true 2020 Stanley Cup playoff predictions following the play-in round. After all, that is the true start of the true playoffs.
at July 31, 2020