One of the most underrated players in the league today has to be Montreal's Phillip Danault. 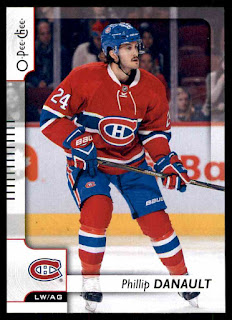 His scoring numbers suggest he is a solid third line center in the NHL, though his fancy stats suggest he's more than that. His line controls the shots, shot attempts and goals at an impressive rate, especially when playing with Max Pacioretty.

Now the Pacioretty contract standoff in Montreal is a bizarre one, with management apparently not even willing to talk about an extension with their team captain and best offensive player.

But one thing Montreal did do right this summer was lock up Danault to a nice three year, $9.25 million deal. He could look like a bargain if he does break out.

To date he's about a 10-15 goal scorer, 40 point scorer by projection. He did that two years ago, and was on pace to do the same last season before losing the final third of the season to concussions after a scary puck to the head courtesy of a Zdeno Chara shot.

Danault's breakout year may very well depend on Pacioretty's return to form as well. "Patches" suffered through a terrible campaign in 2017-18 both on and off the ice. If he can return to 30-plus goal form, that would be a big help to Danault. Perhaps Brendan Gallagher plays on the other side.

I recently learned Pacioretty nicknamed Danault "7-11" because "he's always open." That's a huge compliment any linemate can give. Danault is ultimately a passer more than a goal scorer though.

Increased ice time is another factor. With Jonathan Drouin still struggling to find his way in the middle, Danault is Montreal's best center if only by default. Thomas Plekanec is the team's true number three center as his career nears an end, or perhaps Paul Byron if he needs to play the middle again. Danault remains a 2nd unit power play option, however.

Montreal simply does not have a lot of options at center ice - one of the reasons they are a weak team in today's NHL. Phillip Danault is ultimately shoehorned into the top line center role. In a perfect world Jonathan Drouin will finally find his potential at center ice and lead the way, with a Danault and Pacioretty adding the secondary punch.

I think Phillip Danault will have a breakout season of some sort this year. All the experts are saying he's good for his usual 40 points. I say he could possibly bump up over the 50 point plateau. He is a good player to keep in mind for a late round hockey pool pick up.
at September 04, 2018