Goaltending Is Always The Key 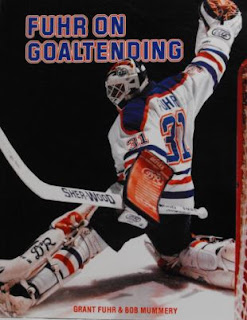 Marc Andre Fleury, goaltender of the Vegas Golden Knights, has had just an unreal post-season. Connor Hellebuyck of the Winnipeg Jets, Braden Holtby of the Washington Capitals and Andrei Vasilevskiy of the Tampa Bay Lightning are all just as good, and have their teams within reach of the Stanley Cup.

Fleury's acrobatic play in particular reminds me back of days of more theatrical goaltenders. Grant Fuhr was perhaps the best big-game goalie - playoffs or international tournaments - that I have ever witnessed play. He helped backstop the Edmonton Oilers to five Stanley Cups and was unbelievable in the 1987 Canada Cup.

Here's the amazing thing about Fuhr - he never had a goaltending coach until he joined the Buffalo Sabres in his 13th NHL season!

That seems amazing today, but before the 1990s goalies never had coaches. And it was rare that team's head coach or couple of assistants knew much about goaltending at all. They just kind of let the goalies figure it out. That is pretty much how all coaches had done it since they first dropped the puck.

Teams used to make sure a young talent like Fuhr was backed up by a veteran goalie. He would be there to be the defacto-coach both on and off the ice. While everyone remembers the young tandem of Fuhr and Andy Moog in Edmonton, they relied on veterans, too, such as Gary Edwards and Ron Low.

"I had Ronny Low my first year," recalled Fuhr in his autobiography. "Which really helped the transition of playing in the National Hockey League, because he'd been there for a while. So I got a little bit of an idea as to what to expect. He taught me angles, travel, all that stuff. Stuff that he'd overlooked on the way up, which, as an 18 year old kid, you never think about. He made it comfortable and made it easy. He also had a great work ethic at practice. You'd see that and figure that's the way it's meant to be. That, you hope, wears off on you a little bit."

Veteran presence remains a great way to handle young phenoms, but coaching is what has taken the position where it is today. People like to point to all the advances in equipment, but coaching is the single biggest factor why goaltending has improved so much in the last 20 years or more.
at May 18, 2018