Who Was Better? Henrik or Daniel 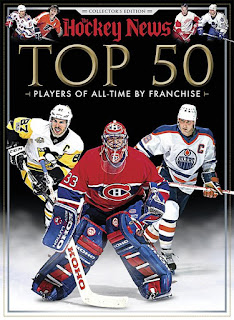 In 2018 The Hockey News came out with a special publication where they named the top 50 players of all time, ranked by franchise.

It's a pretty fascinating exercise, with no right answers and many debates to be started. Beyond the lists there is some fantastic feature articles.

Wayne Gretzky tops Edmonton's list to no surprise, but where does he rank in Los Angeles in comparison to Marcel Dionne?

And maybe it's time to consider Sidney Crosby as the greatest Pittsburgh Penguin, and not Mario Lemieux?

And where do Jonathan Toews and Patrick Kane rank among all the greats who have played for the Chicago Blackhawks?

Well you'll have to buy the magazine to find out these answers.

One spoiler I will give you is the top players of the Vancouver Canucks.

Despite Vancouver's emotional attachment and love affair with Trevor Linden and Pavel Bure, The Hockey News correctly identifies the fabulous Sedin Twins as the greatest players in franchise history. Hart, Lindsay and Art Ross trophies will do that, even though, for some odd reason, the twins haven't always been universally loved the same way in British Columbia.

But even though you kind of want to, you can't name both of the twins as the greatest player in franchise history. You can only pick one.

So the question begs - Who was better? Henrik or Daniel? 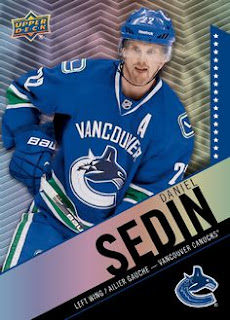 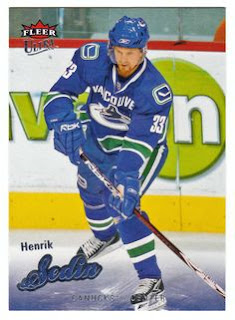 I do say was, even though their careers are not over yet. There best years are behind them, though early results suggest that under new coach Travis Green that the twins could be rebranded as excellent support players. They are getting bottom six minutes, but dominating the shot and goal differentials early in the season, leading to Vancouver's solid start. If they can find the right linemate, could the Sedins become the best third line in all of hockey? Could the Sedins provide the secondary offense that they never really benefited from in their heyday?

Those questions will be answered in the next few weeks.  But back to the question at hand. Who was better? Henrik or Daniel?

The Hockey News chose Daniel. They openly admitted there was almost nothing to choose from, except that Daniel is the goal scorer and that name of the game is to score goals.

I also think Daniel was always expected to be the better of the two, and likely because he was the goal scorer. After all, when the Canucks drafted the twins 2nd and 3rd overall way back in 1999, they drafted Daniel and Henrik.

That's right, at one time it was Daniel and Henrik.

But that changed when they became elite superstars in this league, Hall of Famers.  The most creative offensive players in an era defined by systems. They became Henrik and Daniel.

And that is because Henrik is the better player.

Henrik rose to the top when Daniel got missed several weeks in the 2009-10 season. The twins were dominating offensively, and there was growing talk of a possible one-two finish in the scoring race. But when the triggerman went down, no one knew what to expect.

Henrik elevated his game, and proved he could play at a very high level without Daniel - something Daniel never has done. Despite not having his favorite shooter on his side, Henrik went on to win the Art Ross Trophy as scoring leader and the Hart Trophy as the league's Most Valuable Player.

Beyond that, Henrik is regarded as the elite playmaker of his generation - with only Joe Thornton surpassing him. Daniel may be the goal scorer, but very few will mention his name when talking about the great goal scorers of the past 15 years - Ovechkin, Crosby, Stamkos, Carter.

Henrik also shoulders a lot more responsibility as a center, and as team captain.

In my mind there is no doubt that Henrik Sedin is the greatest player in Vancouver Canucks history.
at November 10, 2022

Welcome back--I'll say the better looking one is better

Henrik. And no, Crosby is not better than 66