I was listening to the Jeff Marek Show on Spotify the other day. He had an interesting idea: If you could travel back in time, what hockey event would you want to witness?

The obvious answers are the 1972 Summit Series and the 1980 Miracle on Ice. Marek chose the 1969 World Championship game between the Soviet Union and Czechoslovakia - perhaps the greatest grudge match of all time.

I would probably want to go all the way back to March 3rd, 1875 and travel to Montreal to watch a bunch of university kids play in the first ever documented hockey game. Why not go back to where it all started?

I would also have to go back to March 26th, 1915 and witness the Vancouver Millionaires beat the Ottawa Senators so that I can finally say I saw Vancouver win the Stanley Cup.

Beyond that I don't know if I'd go to any specific games. I would just enjoy going back to witness all the great players from before my time. The list of players I'd want to see is far too long. But given that time travel is not actually a thing yet gives me time to come up with a complete list. 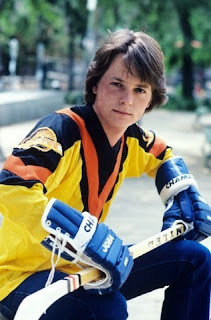