Canucks Give Luongo The Wrong Honour

Can the Vancouver Canucks do nothing right? 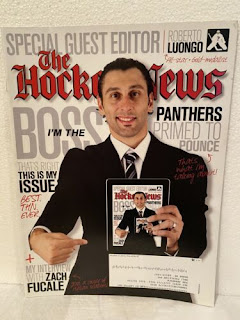 You don't need much convincing about their recent and current plight, spanning most of the last decade and foreseeably continuing (to everyone but the people in the organization itself it seems) for the extended future. On ice performance. Salary cap mismanagement. Poor asset management. Yada yada yada. That's not what this is about.

But even when it comes to honouring one of their few all time greats, they screw it up. And worse, it is continuing another stained legacy in Vancouver.

This week the Canucks honoured Daniel and Henrik Sedin and Roberto Luongo for their recent induction into the Hockey Hall of Fame - the greatest honour an individual can receive in this sport. They also announced that Luongo will be further honoured by his inclusion in their "Ring of Honour" but not actually retire his jersey as they already have with the Sedins.

Semantics you might say, and maybe rightly so, but there are levels of honour at the club level and jersey retirement is at the top, and the Ring of Honour is a secondary tier.

Roberto Luongo is not a second tier player. He owns every goaltending record of note in Vancouver. He ranks as one of the all time greatest goaltenders in hockey history. He was captain of the team, had his pinacle years of his career in Vancouver and was always fantastic in the community. Aside from winning game 7 against Boston in 2011, what more could this guy have done? He has a better resume for jersey retirement inclusion in Vancouver than Trevor Linden, Stan Smyl, and Markus Naslund, and, at worse, equal resumes as the Sedins and Pavel Bure.

And what makes matters worse is that this franchise continually mismanages their relationship with their greats. Pavel Bure and Trevor Linden are unthinkably estranged from the franchise. Luongo works with the Florida Panthers and his distance is understandable. But essentially the franchise only retains a good relationship with two of their five greatest players of all time? This is a wrong that must be righted if the franchise will ever get some good karma from the hockey gods.

The Canucks are a franchise that seemingly never gets anything right. And the best part is this debate will rage on for another year because Luongo's actual Ring of Honour ceremony won't be until next season. Maybe someone will realize the mistake they've made and right this wrong. They better, because this will only look more silly as time passes and his legacy further becomes obvious.

But they won't. They've disrespected Luongo a few times before and have done it again.