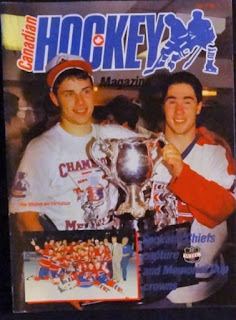 They were junior superstars in the 1990s, leading the Spokane Chiefs to the Memorial Cup championship in 1991.

That year they became the top two draft selections of the expansion San Jose Sharks, and were destined to be the faces of the new franchise.

Ultimately that did not work out so well. Pat Falloon played admirably though injuries limited his game as a top end talent. Ray Whitney did emerge as a top end player for many years, but mostly once he left California.