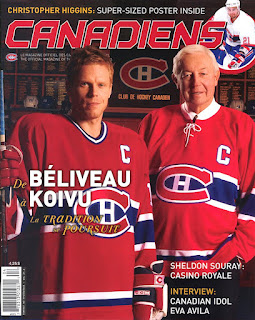 There was always something special about how Montreal treated the fantastic Finn as one of their own.

"I always felt that I was respected as a player and for the way I played the game, but what makes me feel humble was the way I was loved by the fans," Koivu once said. "Sometimes you think about why it happened, why they took me as their own. "You can't explain it, but there has been a real, unique bond between the fans in Montreal and myself. They've shown their passion and love and support throughout the years and really, it's been amazing."

Never so amazing as the night he returned to the ice following treatments for cancer in the middle of his career:

The city, the province embraced him first as a great hockey player, known for his playmaking and determination, but then as an even better person, as shown by his Masterton and Clancy trophy wins.