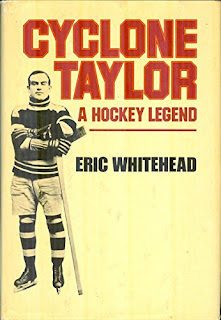 Long before there was such a thing as the National Hockey League, Fred "Cyclone" Taylor was already established as the first legend of hockey.Taylor grew up in Listowel, Ontario, a small town of about 2,500 people. When he was young Cyclone would skate to school everyday during the five month long winter, and before long it became as natural to him as walking. In 1902, at the age of 19, he began to play for Stratford, and it didn't take long for people to take notice of him. In 1904 he was invited to play in the Manitoba Senior Amateur League. At first Taylor was placed at left wing, but because of his incredible ability to skate, he was eventually moved to old school position known as rover.