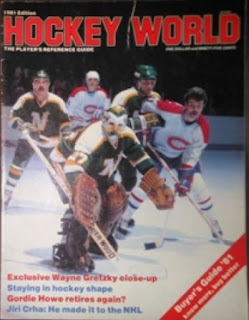 Judging a hockey player based on his stats often leads to inaccuracies, particularly when it comes to goaltenders. Gilles Meloche is the perfect example of this.He surrendered 2756 goals against, more than anyone else in history. His 270-351-131 career record is pretty weak, and his 351 losses is only one shy of the NHL record - set by Hall of Famer Gump Worsley, who played nearly 900 games.One would decipher from those stats that Gilles wasn't a very good puck stopper. But in actuality nothing could be further from the truth. Quick, agile and a tremendous attitude were his trademarks. Meloche was a very good goalie on some VERY bad teams. If Meloche had played in Montreal during the 70s and Ken Dryden played in Oakland and Cleveland, then we very well might be saying Meloche is one of the all time greats and Dryden would be the one with the poor numbers.