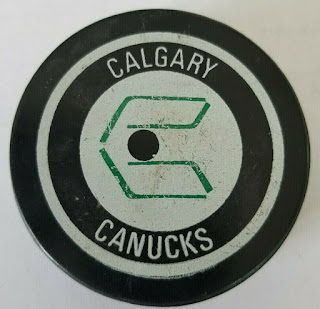 There have been more than a few passing references to the "Calgary Canucks" these days.

It seems the NHL's Calgary Flames off-season game plan is to fill roster holes by raiding the unrestricted free agents of their arch rival Vancouver Canucks.

Of course that is highlighted by stealing MVP goaltender Jacob Markstrom. The Flames handed Markstrom an exorbitant contract of $36 million over the next six years. They will likely regret that contract one day. But for the next two or three years he will give them excellent goaltending.

The Flames also took long time Vancouver defenseman Chris Tanev. Tanev has long been an underrated defensive stalwart, along the lines of a Kevin Lowe or Brad McCrimmon. They over paid for him, especially given his long injury history, but when Tanev is on the ice he will be a coach's dream.

They also took Louis Domingue, the Canucks third goalie on the depth charts. He will simply be a minor league fill in to be called up when necessary.

And now the Flames have taken a wise gamble on winger Josh Leivo. Leivo is an analytics darling who was on the verge of a breakout season last year before badly breaking his knee cap. There were probably more than a few teams willing to lowball Leivo with a show-me-what-you-got contract for one year. If he's healthy he will certainly be a nice depth piece.

Now, back to all those Calgary Canucks comments. Did you know there actually is a long standing hockey team in Calgary called the Canucks?

The Alberta Junior Hockey League's Calgary franchise is named the Canucks, and has been since 1971. Only the Spruce Grove Saints have been in this league longer, mind you they originated as the Edmonton Movers/Mets until 1974.

That list of goaltending alumni bodes well for Jacob Markstrom. But Flames fans had better hope their "Calgary Canucks" have better luck at the NHL level than the junior team has had as of late. They have only won 18 games in the last two seasons combined. They are coached and managed by another former Vancouver Canucks player, Brad Moran who played three games for the Canucks in 2006-07.

Traditionally the Canucks are one of the strongest franchises in AJHL history. They won nine championships and hold the AJHL records for most wins and regular season championships. They set a record with 34 consecutive playoff appears. They graduated a total of 40 NHL players and secured close to 300 scholarships to universities all across North America.