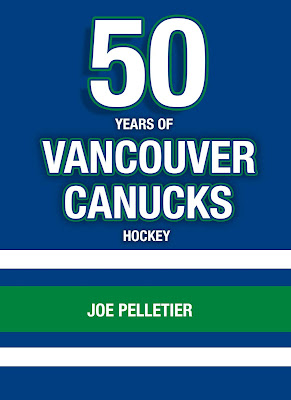 You probably think I haven't been writing too much again this summer.

True, the website has remained pretty quiet. But thanks for sticking with me as I've worked to rediscover my passion for writing. It has resulted in a new book project: 50 Years of Vancouver Canucks Hockey. -- Amazon.ca -- Amazon.com --

The book will be available as an ebook and as a print-on-demand paperback book in October through Amazon. It's something I just want out there. It doesn't have to be a success. By just putting it out there I have succeeded.