The Straw That Stirs The Drink In Toronto

There is a lot of hype surrounding the Toronto Maple Leafs as the 2018-19 NHL season starts. There always is in Toronto, but this time it is very warranted. 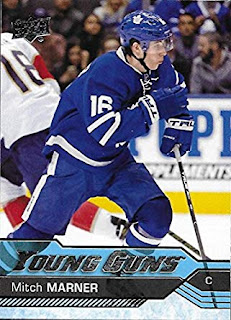 Of course the Leafs landed the biggest unrestricted free agent signing in league history this past  summer when they secured superstar John Tavares. He joins a team full of emerging young talent, most notably fellow centerman Auston Matthews.

But the player I most enjoy watching is 21 year old Mitch Marner. He is a rare player who has some Gretzky in him, which, trust me, is not something I get to say very often. Connor McDavid might be the only other active player who I would say that about right now.

The boyish Marner's slender frame should not allow him to thrive in the NHL, but thrive he does. Like Gretzky, Marner's lack of size and strength is a non-issue because he is such a slippery player, rarely taking a hit. He has superior awareness and instincts on the ice, and is a natural playmaker
surrounded by shooters, ensuring he will become one of the league's elite players.

That emergence should happen in it's entirety this season. Everyone believes he will be a natural fit on Tavares' wing at even strength. Plus he is the star that stirs the drink on the Toronto power play. He will be setting up teammates and collecting a lot of power play assists.

While everyone is talking about the Leafs powerful one-two punch at center ice with Tavares and Matthews (and let's not forget Nazem Kadri, who might be the best third line C in the game now), I believe Mitch Marner is the most dynamic player on the rising Leafs juggernaut.
at September 06, 2018