Who Was Better? Jason Spezza vs Ryan Getzlaf

Yesterday we looked Jason Spezza's career resume in relation to his chances of making the Hockey Hall of Fame when he becomes eligible in 2025. I came to the conclusion that I do not think he should be included.

Today we are going to look at the resume of another 2025 eligible Hockey Hall of Famer - Ryan Getzlaf of the Anaheim Ducks. Getzlaf and Spezza are very comparable players of the same era, but I am going to argue Getzlaf had the better career and should be included in the HHOF one day. 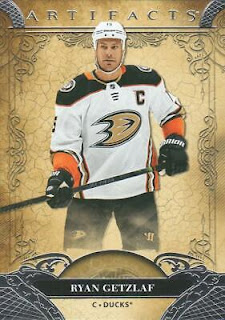 Spezza and Getzlaf had remarkably similar careers statistically. Both retired as top-100 scorers in NHL history - no easy feat for a league that is over a century old. Getzlaf has a slight edge with 1019 points (282 goals and 737 assists) in 1157 career games. He also had stronger playoff metrics, with 120 points in 125 career Stanley Cup matches.

Like Spezza, Getzlaf was a highly skilled playmaking center who protected the puck so well with his big body. At 6'4" and 220lbs it was easy to underestimate the big man's athleticism sometimes. He had a powerful stride and deceptive quickness, though he - like Spezza - was prone to not moving his feet all the time. Both were pass first pivots despite having excellent shots and solid defensively.

Where Getzlaf differed from Spezza was his penchant for the physical game. The Ducks had a reputation as big and bruising team, and their captain led the way. He was never a big accumulator of penalty minutes, but when he wanted an opponent to know he was on the ice, he could definitely make an impact, literally and figuratively. He had a long fuse, but he did show a mean streak now and again.

I believe it was that added element of physicality that allowed Getzlaf to have a better career than Spezza.

Of course when Getzlaf's Ducks downed Spezza's Senators in a head to head matchup inthe 2007 playoffs to win the Stanley Cup, it wasn't Getzlaf's own physical game that gave the Californian's the edge by any means. But I do think it endeared him more to the hockey world - namely Team Canada.

At the NHL level the two had very comparable careers, though Getzlaf has, very importantly, the Stanley Cup championship, and at Spezza's expense nonetheless. But at the international level Getzlaf was a regular member of Team Canada at best on best international tournaments. Spezza played at World Championships but never at true best on best tourneys the Olympics or World Cup. He was part of Canada's back to back Olympic gold medals in 2010 and 2014. He also won gold with Canada at the 2003 World Juniors and the 2016 World Cup.

To me Spezza and Getzlaf had remarkably similar careers, but Getzlaf's championship resume ranks him ahead on the all time list of great hockey players. I believe it is also enough to get Getzlaf into the Hockey Hall of Fame one day. It might not be immediately in 2025, but one day he should be included.