He was just a 17 year old rookie, and he only played in Indianapolis for eight games. But the "great, great Gretzky" was the key attraction in a town not known for hockey, and in a town that likely never heard of the kid from Canada who would go on to be the greatest player in hockey history. Check out this old newspaper ad from 1978. 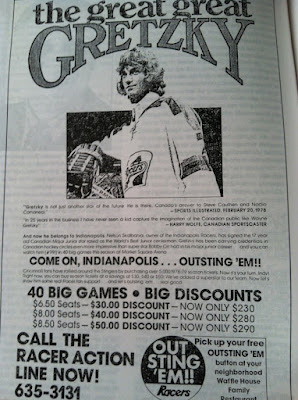