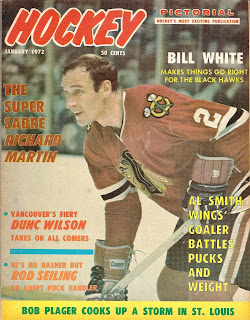 Bill White's road to stardom was long, although it wasn't until after the famous Summit Series in 1972 against the Russians that he got the recognition among the fans that he deserved as arguably the league's best defensive defenseman.White was selected by Canada's coach Harry Sinden to bolster the defense and Bill proved to be the calm and collected defenseman needed in such a series. Bill White was an outstanding defenseman with Team Canada 1972, contributing 1 goal and 1 assist in seven games played. Not exactly a flashy player, White's inclusion on the team may have surprised casual hockey fans, but certainly not his teammates.White of course counts game eight as his favorite memory of the series - Henderson's goal and the celebrations. But don't forget the Canadians had to kill off the final 34 seconds of the game following Henderson's goal - 34 seconds which felt like an eternity.