Who Was Better? Wayne Gretzky or Mario Lemieux?

With all the talk of the rise of hockey’s new era, with the soon to be epic battle of Connor McDavid vs Austin Matthews already topping the card, it is pretty easy to day dream about the last great hockey duel – Wayne Gretzky vs. Mario Lemieux. 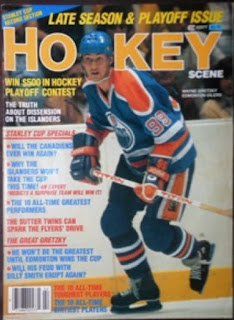 For much of my youth, that comparison always was there. It was impossible to avoid. For a decade there had been only two choices. And you had to choose.Growing up on Canada’s west coast, I was born to be a Gretzky fan, even though I cheered on the sad-sack hometown Vancouver Canucks. It was impossible to not witness the glory years of the Edmonton Oilers, though. Always on TV in the west, I cheered on The Great One more than any other player in my lifetime. I continued to enthusiastically cheer him on during the Hollywood years, hoping against fate that he could capture another Stanley Cup down there. And of course, time and again he brought glory to our country.You could definitely suggest that the reason that I, as an impressionable youngster, became the rabid hockey fan I am today is Wayne Gretzky.Sadly, I never gave Mario Lemieux the same chance.Part of it is due to the time zone differences and not having access to many Penguins games on TV back in those days, but largely it was because I was a Gretzky fan.Right or wrong, most definitely wrong with the hindsight of adulthood, that’s just the way it was. As much as you secretly appreciated both, a true fan had to choose one or the other.I chose Gretzky, largely because of west coast bias and the fact he was long established before this distant easterner who dared to challenge his greatness arrived on the scene. But I also chose Gretzky because he was personable. You could not help but want the guy at the top of hockey’s food chain, setting the standards not only for future hockey stars, but your children and for yourself. 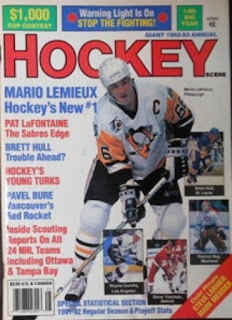 For much of Lemieux’s career, he was dubbed as cold, indifferent and aloof, although it turned out he was just misunderstood. Later in his career he finally became the charming prince everyone wants the top player in hockey to be, the impossible standard that Gretzky set.My attitude towards Mario Lemieux changed briefly after leading the nation to victory at the Canada Cup in 1987 and again after his amazing comeback from a difficult bout with cancer. My mindset on Lemieux had changed, but somehow it was always more about appreciation of him than love for him, and more respect for his abilities than admiration for his ways.As a result, I ended up not truly experiencing Mario Lemieux’s greatness, a greatness that surpassed Gretzky’s. I saw the highlights on TV, and the two Stanley Cup finals on CBC, but I missed so much. The guy battled through chronic back injuries, and cancer for Christ’s sake, and I never warmed up to him because I was a Gretzky guy.

So heed my advice, hockey fans. While I watched Gretzky play hockey as if he were conducting his orchestra, I missed Lemieux’s one man band of equally epic shinny music. Don’t be silly enough to think you must choose between Sidney Crosby and Alexander Ovechkin. Take in everything they have to offer. Don’t just appreciate them, admire them.