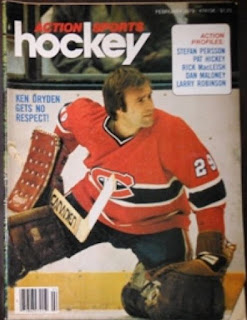 There is an old hockey adage that goes something like this: "A team is only as good as its goalie."Ken Dryden ranks among the greatest goaltenders not only in Montreal Canadiens history, but in hockey history. Dryden follows in the Habs footsteps of Georges Vezina, George Hainsworth, Bill Durnan, Jacques Plante, Gump Worsley and followed by Patrick Roy as great goalies to wear the "CH"But try to imagine this - Ken Dryden wearing a Boston Bruins uniform.Unthinkable right? Well what many people don't know is that Boston actually drafted the 6'4" 225lb "octopus" of a goalie in 1964, 14th overall.