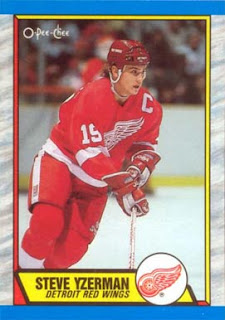 Steve Yzerman steps down as GM of the perennial Stanley Cup favorite Tampa Bay Lightning on the eve of training camp. He will honour the final year of his contract by staying on as an adviser, but will not commit to the organization beyond that at this point.

The question begging to be answered is: Stevie, why?

At this stage we have to take him at his word and he wants to be with his family more. Although you have to wonder why he wouldn't have a long term contract to remain with the organization in place upon this announcement.

So what is next for Steve Yzerman?

The immediate thought is Detroit. Could Yzerman be returning to the organization he starred with on the ice? They are in a rebuild, though GM Ken Holland, Yzerman's mentor, is still in place. The Red Wings likely would have made this move by now if this was really happening.

Fact is Steve Yzerman is so highly regarded as a manger that he could work wherever he wants to. Stepping down in Tampa Bay while still on the cusp of accomplishing the final goal of winning the Stanley Cup makes no sense unless it's Detroit. He is forever a Red Wing regardless where he works off the ice.

I have to wonder if the prospective Seattle ownership group has made a play here. If not, they should.  The challenge of building a team truly from the bottom up - not to mention Yzerman's ties with Seattle CEO and president Tod Leiweke - could entice him.

One day we will find out the whole story. Probably someday relatively soon.
at September 11, 2018