Nine Lessons I Learned From My Father 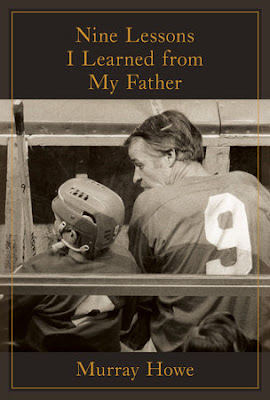 One of the top hockey books of 2017 is Nine Lessons I Learned From My Father by Murray Howe. Yes, Howe. As in Gordie Howe was his father. Murray, a doctor, may not be as well known as his NHL playing brothers Marty and Mark (who came out with his own book, Gordie Howe's Son, in 2013) but he is a gifted writer who, perhaps because he didn't play hockey at a high level, had a special vantage point of Gordie Howe than others did.

I have not read this book yet, but it promises to be, unlike most hockey books, a true gem.

Check out this MacLean's article featuring Wayne Gretzky interviewing Murray Howe. It in itself is a fantastic read. Be sure to watch for the bookstore on shelves this holiday season.
at November 02, 2017