A lot of people know that Anatoli Tarasov is considered to be the great architect of the Soviet hockey empire.

But even Tarasov had to learn from someone. That someone was a Canadian coach and author named Lloyd Percival.

Percival was Canada's leading expert on fitness through out the mid 20th century. Although he was best known for coaching track and field, he would often make forays into other sports in order to help those athletes attain greatness, too. 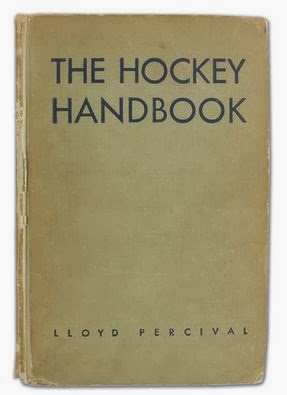 In 1951 Percival attempted to make a big splash in hockey when he published The Hockey Handbook. Percival was years, even decades, ahead of his time here in Canada.

His book featured the oddest things Canadian hockey coaches and players had ever heard of. Breathing control? Gymnastics? Goal setting? No way, we scoffed. Goal scoring is what we practice!

Hall of Fame coach Dick Irvin (no, not the television broadcaster, that is his son) blasted Percival's notions. It was "the product of a three year old," he unceremoniously snorted.

While the NHL was quick to dismiss The Hockey Handbook, Europeans were quick to adore it. It is not a coincidence that European hockey exploded and caught up to Canadian hockey only a generation or so after the publishing of this book.

One person who especially appreciated the book was Tarasov. He called it "the bible."

"Your wonderful book, which introduced us to the mysteries of Canadian hockey, I have read like a schoolboy," Tarasov once said.

Tarasov of course added his own quirks and innovations, but Percival's book was the basis of the greatest hockey program ever created.

Nowadays every NHL player and aspiring young player follows The Hockey Handbook's principles even though they likely have never actually read the book. The techniques in the book, which have been republished and updated regularly, are now common place in hockey culture in Canada, and especially in the NHL.

Fast forward to today and I will introduce you to a new author named Gary Mossman. Mr. Mossman, with the help of Seraphim Editions, has penned a new book that looks at the impact of Percival and his Hockey Handbook. The new book is called Lloyd Percival: Coach and Visionary 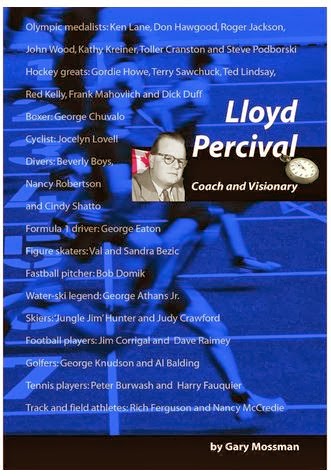 They called him 'Coach', but Lloyd Percival was much more.

He introduced modern track and field to Canada, produced a blueprint for radically changing the way hockey was played, built the world's first modern fitness club, inspired and contributed to government policy on sport, and was instrumental in the success of Canada's best amateur and professional athletes.

However, he was a radical, an iconoclast, and a thorn in the side of the authorities in amateur and professional sports for almost four decades. Percival has been compared to Marshall McLuhan for his willingness "to look at things people took for granted".

Respected around the world, Percival's controversial prescriptions for change made "the stepfather of Russian hockey" a "prophet without honour" in his homeland.

The story of Lloyd Percival is the story of sport and fitness in Canada during an era of profound change, a story of the man most responsible for those changes and of his enduring legacy.